You are here:
Industry News 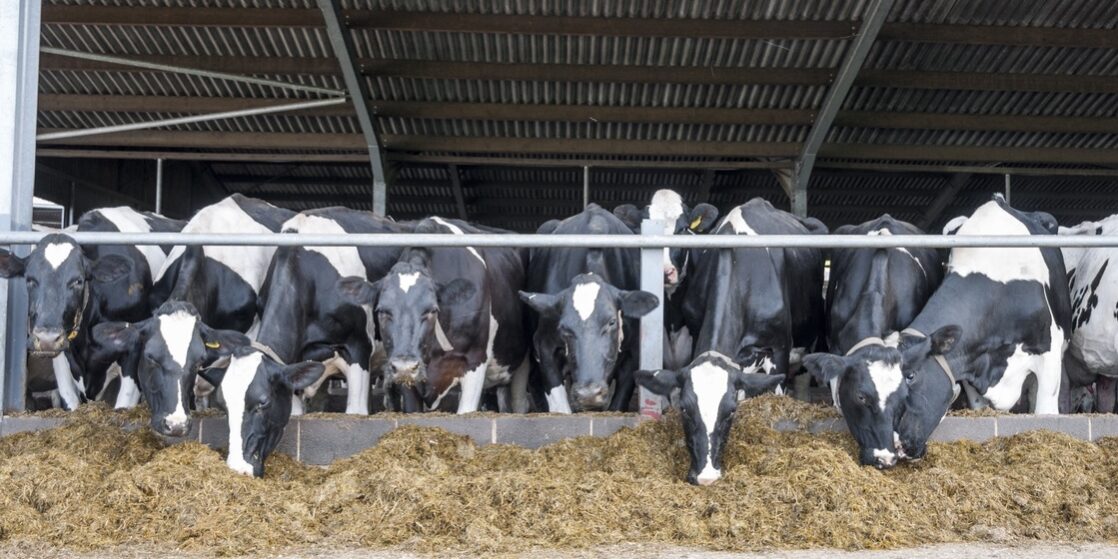 High-palmitic-fatty-acid (>80%) supplements most often decrease dry matter intake (DMI). And, since many studies with that type supplement have been done with mid-lactation cows over a short term (21 days), it raises the question as to what would be the response in early lactation cows?

Such a study was done in two phases: for the first 24 days, and then for the following 42 days. That takes cows just past seven weeks post-calving. Fifty-two cows (no first-calf heifers) were fed either a control no-fat supplement diet or 1.5% of a palmitic (PA) fat supplement. That was followed for the next 42 days (six weeks) with each treatment group split in half into four different treatment groups with cows either being on the same supplement as they had been on during the first 24 days or on the other treatment, which they had not been on. Thus, there were only 13 cows per treatment group during the second phase.

Read the Full Article at https://www.progressivedairy.com/topics/feed-nutrition/a-tale-of-two-fat-studies-palmitic-fatty-acid-supplementation-in-early-lactation-cows

Please keep an eye and visit this page often to read on latest industry news and trends.

Our updates are interesting, reader-friendly and can be relied upon, as they are written by conversant writer and reviewed by an experienced editor.